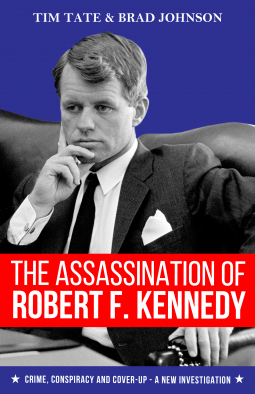 Review: This was a very fascinating read. Tim Tate and Brad Johnson clearly put so much time and research into it and while it sometimes gets a little bogged down with the details, it is always clear that they are so passionate about this topic. Their explanation of the events that took place on the night of the assassination of Robert F. Kennedy is very plausible- I would say I completely believe it, but I want to read more about it before being absolutely sure. I try not to form my opinions on just one book/article and their arguments are clearly formed and back by facts and data, it’s just that in this day and age we need to be careful of what we believe straight off the bat. I will definitely read more about this in the future.

The one main downside to the book is that it really leads the reader into what they want them to think, rather than letting the facts fend for themselves. This was clear from the onset, with the blurb on the cover stating what they believed and planned on showing, so it wasn’t a big betrayal or anything like that, it just would have been nice to arrive at the end conclusion by myself instead of having my hand held.