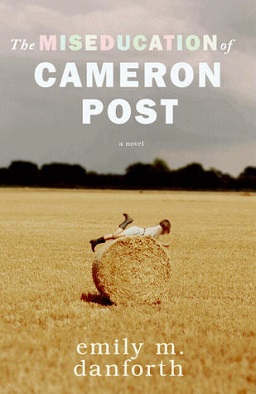 Review: There has been a surge of LGBT books released in recent years as publishers try to find materials that represent diverse characters and authors, but before this became a publishing trend, there were authors like Emily M. Danforth paving the way for LGBT representation in Young Adult literature.  Although published in 2012, this award winning book has been adapted into a film that premiered at the Sundance Film Festival earlier this year.  Now that I have read the book, I hope that I get an opportunity to watch the film.

Not everyone will find this book interesting.  At times it is a slow building story, but I personally am fascinated by the idea of conversion camps, mostly because I can hardly believe that they exist.  The first book I read that opened my eyes to this sort of abuse was Jesus Land: A Memoir by Julia Scheeres (also highly recommended), so I was intrigued to read more about this topic.  What makes it truly horrifying is that the people who send their kids to these camps, and the people who run them, actually believe that they are helping the kids.  My heart goes out to anyone who has survived this type of trauma.